How many writers can fit in a caravan? 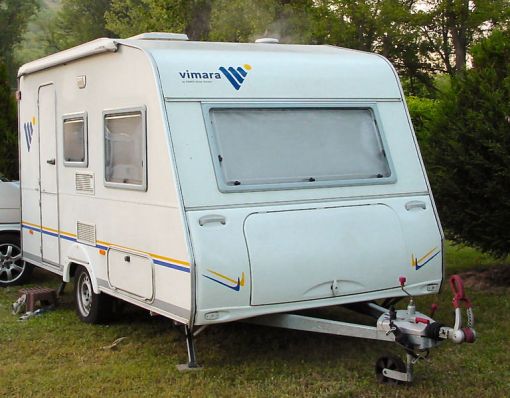 The answer is 31, if they’re taking part in a collaborative novel writing project like the one I’ve just been involved with.

New Writing Cumbria set local writers the following challenge: “One person writes the opening chapter of a novel, with a limited prompt – in this case: a couple are on their honeymoon, travelling around Cumbria in a caravan.

“They then email this to the next person, who writes their own chapter, carrying on from where the first left off. Collaboratively, we write a novel. What follows is anyone’s guess!”

Like 30 others, I thought it was a brilliant idea, so I applied. We were each allowed a maximum of 2,000 words and given a deadline of 72 hours after receiving the preceding chapters.

I was assigned the final one, so had the fun of pulling the strands together and wrapping them all up. Find out how it turned out here.

Or why not get together with some writing colleagues and create your own collaborative novel? It’s much quicker and easier than writing one alone!

If you enjoyed Tandem, read on to find out about the sequel; if you haven’t read it yet, leave the page now as there’s a spoiler coming up!

I’m planning to pick up the story of Paula, Andy, Sanders, Nora and Terry in a few years. At the moment, I’m thinking the book might be called Tricycle, after Terry and Andy’s business – taxis for when you’re in a hurry; vans for when you need to move stuff, and bike hire for when you want to take it slow.

Sanders will be involved in a project of his own, but telling you about that would be a spoiler too far. If you want to know what he’s up to and who with, you’ll have to wait until it’s published!

By the way, if you did like Tandem and haven’t voted for it yet in the Reading Agency’s “Hidden Gem” competition – depending on when you’re reading this – there may still be time. Voting closes on June 18, with the winner announced on June 28, which is National Reading Group Day.

Every novel needs a spreadsheet

I’ve just spent a very productive week on the lovely Galloway House Estate in south-west Scotland working on my new novel – and I’ve learned three things I think are worth sharing.

1) Excel is the novelist’s friend. It wasn’t until I was deep in the process of revising my first novel, Tandem, that I realised how useful it would have been to have a plan listing the main events of each chapter, who was involved and where to find it in the manuscript. One of the first things I did this week was to create just such a spreadsheet for Pressmennan – and it’s already proving invaluable.

2) My reading brain is easily fooled. When I’m immersed in writing my own fiction, I don’t like to fill my head with other people’s. Not because I think it’ll somehow “influence” me, but because I’ve only got so much space for stories and I need to focus on creating my own. I want to read something for a change of scene, but I find a lot of non-fiction heavy going. I’ve discovered the answer: autobiography. I get the satisfaction of reading something really interesting, and my brain’s happy because it isn’t fiction. My top choice this week was Liza Campbell’s Title Deeds, the riveting story of her dysfunctional upbringing in a Scottish castle.

3) Every book needs at least one dog. My other reading matter was Terry Darlington’s Narrow Dog to Carcassonne, the wonderful tale of his travels by narrow boat through England, Belgium and France accompanied by his wife Monica and Jim, their pork-scratching-loving whippet. Jim is a star. As Terry says, he is “cowardly, thieving and disrespectful and hates boating” – and the book wouldn’t be half so much fun without him. There are several dogs in Title Deeds, and Tandem features a greyhound called Bovis. Pressmennan, although only five chapters long so far, already has its quota of dogs – dachshunds Oscar and Peterson, aka the Wee Buggers. I think Jim would like them!